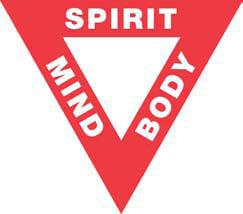 Abstract: - You have a body. It reacts under your sensations of pleasure, pain... it allows you to move in the space and to express your (secret) inner needs, sometimes reacting in ways you didn´t want or expected.

- You have a mind. It commands your body in order to survive attending the real or virtual needs of your environment and your internal 'personality' programmation. You plann with it and add a lay of virtuality to the outside reality, creating your vision of the other and the others.

- You have a spirit. It makes you feel, live and die.

Are they separated? If you think so go to a phisician, psychologist or guru to readjust you. You (most) have a real problem! So, why education and culture treat them as if they were separated or one under control or supervision to the others?

- When the expert of the aboved video mentions there is no western educational system which considers as important subjects as dancing than mathematics (not even usal physical education is considered as important nowadays) it is not totally true. There is at least an example of an 'heterodoxal' educational system where movement (eurythmy - you can see an intro what is it about here) is as important (as it is crafts, art, nature awareness...) as pure abstract knowledge like mathematics. The schools using this pedagogy are called Waldorf schools.

+ So there is already existing alternatives which have been used for decades (and conveniently hidden or disaccredited by the powerful mainstream) and space of hope... It is not necessary to reinvent the wheel!

1) The schools founded by the educator Maria Montessori are another example. Just letting go the natural inner capacity of children to lead their own development throug observance and facilitation instead of imposition and indoctrination. The basic philosophy of action behind it is mainly experimental, learning by doing.

2) Waldorf schools founded by the father of Antroposophy, Rudolf Steiner, uses a methodologhy pretty much similar to the one used in what later was called non formal education: facilitation of the learning of what really should be and nowadays is wrongly called 'Learning to learn'.

In this case the basic philosophy (Antroposophy) is just the collection of ideas and 'discoveries' of his founder adopted acritically by his followers... Nothing different regarding what happens in 'public' education. Even thought there is no scientifical proves about his theory of human and children development, the implementation of his ideas into the pedagogical practice of Waldorf schools seems to be proved by comparative studies as being beneficial for the development of learning strategies and performance (e.g at the University entrance exams).

One example: children in Waldorf schools start to learn how to read or to write later than in mainstream schools, focusing in storytelling and critical thinking and understanding before they are allowed to read others´ books (ideas). The studies do not indicate the performance in reading of their 'late readers' children is worse than other reading kids but indeed their understanding of what they read is pretty higher than mainstream school kids.

+ The social intergenerational disenchantment started in our 'brave new world' with the Industrial Revolution. Somehow, a group of 'pissed of' but 'socially minded' youngsters took the challenge of their integral education in London and created the oldest and one of the five biggest youth organisations in the world: YMCA.

YMCA spreaded all around the world very quickly adopting the mainstrem ideology (Christianity) looking for using it in a way which foster and develop young people integrally against the lack of opportunities and future as cheap labour force of the robot/producing society which was rocking at the moment.

The image heading this article is from the early YMCA logo made upon an inverted triangle which vertix representing the 3 main concerns in the work they do for the strong and healthy growing of children and youth into life: body, mind and spirit.

Body is clear, YMCA has a name for inventig sports like basketball or volleyball or having teached how to swin to several generations in the USA. You make phisical exercise through sports and you develop a healthy body.

Mind is clear, you get educated so you become a respectable and profitable member of adult society and YMCA has a name in the foundation of several universities like the one in Springfield and dozens of training centers and schools all over the world.

What about spirit? For YMCA is clear as well. To spread the salvation message of Jesus Christ.

Ok, it looks simple but specially the last point, the spirit, is more troublesome because hardly few (if any) have a Christ spirit alike. Actually, the so called Christians (as Mahatma Ghandi said) are so unlike their Christ than it looks like even if these three spheres of the human being are connected in a triangle, can somehow being divided and treated individually according to the times fashions instead of growing our natural capabilities and potentialities...